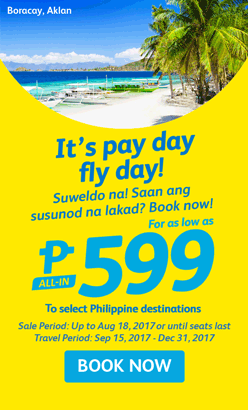 What are you waiting for? PLAN NOW AND BOOK YOUR FLIGHTS!

DISCLAIMER: PisoPromoFare is not a travel agency nor related to any airline company. If you wish to book the seat sale promo, kindly visit their website for booking.